Marta Traba Monotype Lithograph Is a very special piece for my collection. The serie called “Personaje” started in 1971 which for most collector is the most sought after works by Rodon and without doubt the most expensive serie with prices rumored to pass a Million dollars for the Luis Munoz Marin Portrait. This lithograph was produce in 1996 and was stored for almost 14 years until one day in 2009 Francisco took this Rare Lithograph 1/1 and Modified it making this a Hand Embellished piece. The work was entirely redone in Oil paint. Only a few lithograph where created with number reaching less than 5 example and only 1 version painted.

To many Marta Traba was consider one of the best art critics in latin america, but to Puerto Rico she was more than just a simple critic, In my opinion one of the driving force that made Puerto Rico Art blossom in the 70. Why do I say this? Puerto Rico  was in a transitional period where most painters where stuck between what was called ” Costumbrismo”, and thanks to positive and negative feedback from Traba to the art community, Puerto Rico started Producing what I consider one of  the greatest decade in Puerto Rico Modern Art, Take for Example Francisco Rodon painting of Luis Munoz Marin, Julio Rosado del Valle Abstract Expressionist painting and Myrna Baez Works all of this artist won the seal of approval of Marta Traba regardless of what other critic can debate all of them they became the best in their respected field in other word she had a special eye in finding raw talent

Not many people know this information but the best work in Rodon case was consider a project called “Personajes” which started in 1971 and Needless to say his First painting wasn’t Luis Munoz Marin, It was Marta Traba a 73 by 50 canvas painting started in 1971 and finished in 1972, Its remarkable to think that he selected her for his first painting on the Personajes Serie. Its sad to say that the the First painting of his greatest series isn’t in a Puerto Rico Collection or in a Puerto Rican Museum instead is Located in Cali, Colombia at the ” Museo de Arte Moderno La Tertulia, 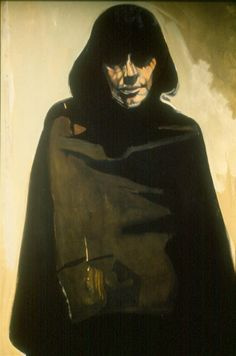